Urinary incontinence (any involuntary leakage of urine) is a significant health problem in the United States and worldwide. It has a considerable social and economic impact on individuals and society. When discussing the epidemiology and impact of incontinence, it is important to distinguish it between prevalence and incidence.

Prevalence is the probability of having a disease or condition, in this case incontinence, within a defined population at a defined point in time. For example, prevalence would be the number of 60-year-old women in the United States in the year 2001 experiencing the symptom of incontinence.

Incidence, on the other hand, is the probability of developing a disease or condition during a defined period of time. Thus, the percentage of continent women in 2001 that will develop incontinence over the next year would define the incidence of incontinence over a 1-year period.

A 1995 review on the prevalence of incontinence in the general population summarized 11 studies conducted with a mixed population of females of various ages and a variety of causes of incontinence. Figure 1 shows that the prevalence is relatively low early in life, has a peak around the time of menopause, and then rises steadily between the ages of 60 and 80 years. The prevalence of 10% in 15–19-year-olds and 18% in 20–24-year-olds seems a bit high when one considers the number of young women who actually seek treatment for incontinence. This may be a result of including a large number of young women with "insignificant" or non-bothersome incontinence in the survey. (National Institutes of Health ) 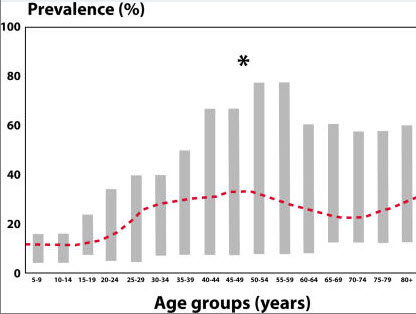 Prevalence of incontinence in general population of females reported in 13 different studies. Young adult, 20% to 30%; Middle age, 30% to 40%; Elderly, 30% to 50%. Reprinted from Sandvik, with permission.

Before analyzing the habitual and behavioral patterns that lead to implantation of a ureteral stent we must understand what all medical conditions require a stent. There are a variety of reasons why a stent has been placed.

Urinary Tract Infection, (UTI) is a common ailment and can affect people of all ages, sex, and from all cultures. However, there are certain groups of people that are more prone to UTI than others. Women, for example, for reasons yet to be firmly established, carry a greater risk of UTI. Diabetic patients too fall under this category. Going further, pregnant women with diabetes are probably amongst the most vulnerable to UTI. UTI and diabetes complete article

Uretral stents are used to ensure the patency of a ureter, which may be compromised, for example, by a kidney stone. This method is sometimes used as a temporary measure, to prevent damage to a blocked kidney, until a procedure to remove the stone can be performed. Following are the statistics from the national institute of diabetes and digestive and kidney diseases showing the prevalence and incidence rate of urinary incontinence which might result from any of these primary diseases: (Source) 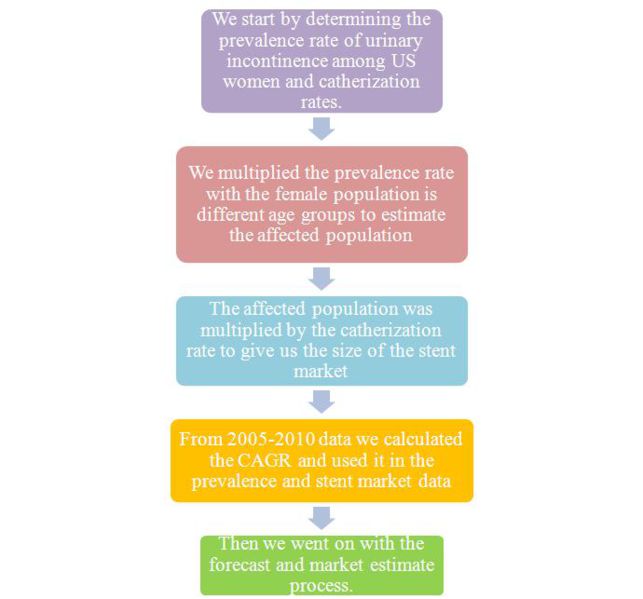 Kidney Stones Market There are four main types of treatments available for curing kidney stones based on type of Kidney Stone, listed as follows

Medicare carriers may issue local coverage decisions (LCDs) listing criteria that must be met prior to coverage.

Physicians are urged to review these policies [1], and are encouraged to contact their local carrier medical director or commercial insurers to determine if a procedure is covered.

The coding covers the following -

* Most of the products apart from speciality products of both the companies have the same name and price.

Their is just a slight modification in the stent which can be found out on the website given above according to the item number.

Paid report (medtechinsight and lifescienceintelligence) on pricing and ordering information.

Ureteral Stents are not very expensive so the primary reason to seek alternatives arise out of the disadvantages of using a ureteral stent.

It may be reasonable not to leave a ureteral stent if obstruction is likely to be transient. Your surgeon decides at the time of the procedure whether or not your circumstance warrants “stent free.” Occasionally, it may be possible to place a tube externally that drains the kidney. This tube is placed directly through the skin, through the kidney, and into the urinary space, called a nephrostomy tube. This is placed under ultrasound or fluoroscopic Xray guidance. As the tube remains outside the body, it is slightly more inconvenient, has higher infection rates, and can sometimes get pulled out by accident. The advantage of a nephrostomy tube is better drainage, ability to place contrast into the kidney to evaluate for obstruction or leakage, and removal that does not require a cystoscopic procedure.