Impact on Sales of a Drug going Off-Patent

This study identifies all the variables affecting the sales of a drug after its patent expiry and establishes a relationship between them. This study covers US only. The need gap for the study is identified by referring to industry and academic literature, news articles and Dolcera’s client interaction. After making an exhaustive list of variables affecting the sales of the drug after its patent expiry, each variable is validated, keeping the scope of the study in mind. A model is then built by running OLS Regression, which establishes the relationship between all these variables. The model also explains the impact of each variable on the sales reduction of the drug going off-patent. It analyzes the significant variables in the model and its implications on the drug going off-patent.

The model built, using OLS Regression, is an outcome of real data points and can be applied to identify the effect of patent expiry on drugs going off-patent in the future. It will give the percentage reduction in sales for a drug after patent expiry on a yearly basis.

Patent on a drug holds a lot of importance to the company manufacturing the drug. It means that the company holds exclusive rights to sell the drug (or formulation) throughout the world with no competition for more than 10 years. This encourages the company to market the drug, sell it at a higher price, and reap all the profits for more than a decade. The problem only arises when the drug, which has contributed to a large pie of profits, is going off-patent. This means that it will face a lot of competition from generic substitutes, which will have a huge impact on its sales.

In the recent years, a lot of major drugs, which have gone off-patent, have suffered a huge blow to their sales after their patent expiry. Taking the case of Zocor as an example, Merck & Co lost 68.7% of the sales to generic substitutes just a year after its patent expiry in 2006. Its market fell from $2.803 Bn in 2006 to $0.877 Bn in 2007. Similarly, Rocephin lost its patent in 2005 and Roche lost 55% of its sales to generic substitutes in 2006.

In the past, many companies have used marketing techniques, tie-ups with pharmacies and insurance companies to keep up to their sales, even after the patent expiry of the drug. But identifying all the variables and their relationship with sales value is of prime importance before any strategic decision is made.

Many academic and industrial research papers were referred to, in order to come up with an exhaustive list of variables for study and values for various variables under study. The list of all the references is listed in the bibliography, towards the end of this report.

The following table gives a snapshot of the 2 main references of this study. It lists down all the variables used in the research paper, the limitations of the paper and how this study has overcome those limitations.

This paper uses the above 2 papers as main reference and builds on their theories, to come up with an exhaustive list of variables explaining the reduction in sales of a drug after its patent expiry.

The following section explains the methodology for model building, the variables used in the model and their relationship with the reduction in sales of the drug after its patent expiry.

Scope of the Study

The scope of the study is limited to United States. Hence, all the data points taken as input to the model are values for United States only.

Variables used in the Model

The variables used in this model, to calculate the percentage reduction in sales of a drug going off-patent, takes into account all the major variables affecting the sales of a drug in the pharmaceuticals. These variables have been considered after referring to academic and industrial research. Most of the variables under study are in the ratio scale so as to eliminate the bias created by absolute values on the output of the model.

The following variables have been used in the model to explain the reduction in sales of a drug going off-patent:

Number of competitors for the drug going off-patent (N)

The variable N represents the number of competitors for the drug going off-patent. The value of N=1 when there is no competition in the market. The value of N goes on increasing as the number of players increase yearly, in the market. The assumption taken while developing the model is that no generic is discontinued after its launch. Hence, the value of N is always incremental or constant. It does not decrease for any drug in the sample considered for study.

N = Number of competitors for the drug going off-patent

Time from Patent Expiry (t) is the difference between the present year under study and the year of patent expiry plus one.

’t’ is defined such that its value never approaches zero

Price Ratio (PR) is the ratio of the price of the drug going off-patent to the price of a generic substitute for the same drug. The variable Price has been included in the model in terms of ratio so as to eliminate skewed results due to the absolute difference in the drug prices.

Note: Both prices (originator drug and generic substitute) are considered only after patent expiry

Brand Trust (BT) is one the very important factors that will influence the decision of the Physician/Pharmacist/Consumer. Since, the drug going off-patent has been in the market for more than 10 years, it must have built trust among the Physicians/Pharmacists/Consumers. The parent company must have marketed the drug throughout its tenure before the patent expiry and must have built a trusted brand. Even if generic substitutes are price competitive, consumers may have loyalty to originator brand. Hence, Brand Trust is one of the most important factors for the sale of the drug even after its patent expiry.

To quantify brand trust in the model, it has been equated to the Brand popularity on the internet. Google Keywords tool has been used to calculate Brand trust. Since the scope of the study is limited to United States, the number of keyword searches has been limited to United States of America. To nullify the effect of very high values of Brand keyword searches, it has been divided by 1000 and included in the model.

The drug growth rate (DG) is calculated as the compounded annual growth rate (CAGR) of the sales value in US, for the last 5 years before the patent expiry of the drug. For example, Pfizer’s drug Norvasc went off-patent in 2007. Hence, the CAGR of sales of Norvasc in US during the period 2002-2006 was considered as the Drug growth rate for Norvasc (calculated as 7.08%).

Generic substitutes are always price competitive because they enter the market only after the patent expiry of the originator brand and hence do not incur any research and development costs. The expenditure on pharmaceuticals as a proportion of healthcare spending has been significantly high in many OECD countries. The following table shows the spending on healthcare and pharmaceuticals in key OECD countries:

Government policies encouraging use of generics

To decrease their expenditure on healthcare and pharmaceuticals, government policies encouraging the use of generics have risen in the past decade. Countries in Europe and North America have implemented aggressive generic policies, aiming to contain the cost of prescription. In Spain, Italy and France, for instance, regulations on reference pricing for generics and generic substitutes have been implemented. In other countries, like UK, generic prescription has been made compulsory. In Europe and North America, to encourage the generic manufacturers, policies like the Bolar Policy have been implemented. Bolar provision is a practice where generic manufacturers are allowed to complete their regulatory processes prior to the patent expiry of the originator molecule. In some countries, the speed of making generics is rewarded by providing a market exclusivity period. Physicians and Pharmacies are incentivized to prescribe generics. The following table gives a snapshot of the Pharmaceutical Policies for generics in some of the OECD countries.

Government regulations as a variable in the model

Tiers in the Drug Insurance Plans

Reimbursement policies on the amount to be reimbursed on drug purchase have evolved in the United States for the last two decades. Drug benefit cost sharing provisions charge different amounts to different drugs, depending on which ’tier’ the drug belongs to. The initial drug insurance plans consisted of two tiers, but now-a-days these plans have four tiers. In such an arrangement, the generics usually fall under tier I, where the customer gets a relatively small amount reimbursed. Depending on the manufacturer’s negotiations, the insurer has more preferred brands in the Tier II. The customer gets a larger co-payment if the drug he purchases falls in Tier II. For brands where the manufacturer was unable to negotiate a favorable price, fall in Tier III. Customers get a higher incentive but also have to pay more from their pocket if they purchase these non-preferred brands falling in the third tier. Finally, very costly drugs, such as the oncology and rheumatoid arthritis biologics that can cost thousands of dollars per month are placed in Tier IV.

A Copayment is a fixed-dollar amount that a customer pays each time he buys a drug whereas coinsurance is a percent of the cost incurred in purchasing a drug. The customer is responsible for paying the coinsurance amount, whereas the rest of the amount is reimbursed by the insurance policy. The coinsurance and copayment amounts for a drug differ for mail order and retail order.

There are very clear trends over time in customers buying various insurance policies. Coinsurance accounts for 18.3% of the total drug insurance market whereas copayment accounts for 81.7% of the market. Also, 81.2% of the total purchases are made in the retail stores whereas only 18.8% of the drugs are ordered by mail in the United States.

All the above segmentation factors have been taken into consideration while building the model of % reduction in sales of a drug going off-patent.

Data pertaining to all the above variables was collected and was subjected to OLS regression in SPSS 20. Following model was obtained at the end of regression process

N = Number of competitors for the drug going off-patent

R2 value of 0.71 implies that this model explains about 71% variation seen in the reduction of sales of drug seen after patent expiry.

Coefficients and significance of individual variables

As seen from table most significant variable is Time from expiry followed by Brand Trust, Number of Generic Substitutes, Reimbursement Ratio and Market Growth in decreasing order of significance.

Many blockbuster Oncology drugs are going off-patent in the period 2011-2016. Thereafter generics for these drugs will be available in the market at much cheaper price and better insurance coverage which would affect sales of these branded drugs. We have forecasted sales for these drugs post patent expiry.

Following table gives the snapshot of the drugs for which sales were forecasted.

Based on the regression equation obtained from model, sales of the oncology drugs going off-patent in coming time are forecasted for various scenarios

We have forecasted sales for three consecutive years after patent expiry. Again sales will be different for different number of generic players in the market. Each year’s forecast for each drug has further three cases of 5, 11 and 15 generic players.

Following mind map shows sales forecast for each of the drug

Caves RE, Whinston ME, Hurwitz MA. (1991). Patent expiration, entry, and competition in the US pharmaceutical industry: an exploratory analysis. Brookings Papers on Economic Activity: 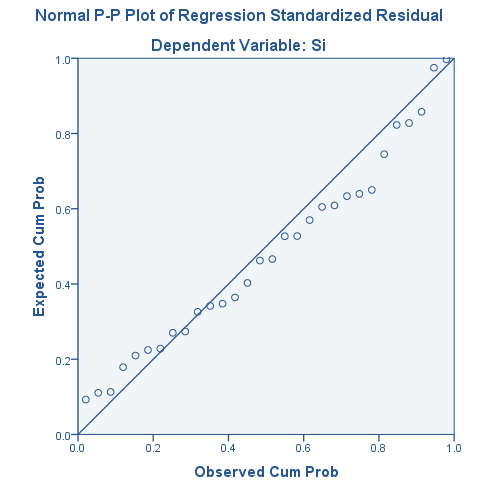 Data used for the model