Golf clubs are used in the sport of golf to hit a golf ball. Each club is composed of a shaft with a lance(grip) and a clubhead. Woods are used for long-distance fairway shots; irons, the most versatile class used for a variety of shots, and putters, used mainly on the green to roll the ball into the cup.
An important variation in different clubs is loft, or the angle between the club's face and the vertical plane. It is loft that makes a golf ball leave the tee on an ascending trajectory, not the angle of swing; virtually all swings contact the ball with a horizontal motion. The impact of the club compresses the ball, while grooves on the clubface give the ball backspin (A well-struck golf shot will result in a large amount of backspin that will carry the ball higher into the air and further. Backspin also helps with distance control, as if there is enough backspin, the ball will "check" if it lands on the putting surface, and sometimes even creep backwards (in the opposite direction that the ball was flying) upon landing.). Together, the compression and backspin create lift. The majority of woods and irons are labeled with a number; higher numbers indicate shorter shafts and higher lofts, which give the ball a higher and shorter trajectory.

A driver is also called a 1-wood and is used for hitting a long, low tee shot across longer distances at long-yardage holes. They are made of forged titanium, stainless steel, or an Ti alloy and have a long shaft and wide head. Drivers vary in weights and lengths to match each lady golfer's handicap. There are three types of golf clubs:

Woods have a large head and a long shaft for maximum club speed and long-distance shots on the fairway. Originally woods had a clubhead made of wood, but nowadays they are also known as metalwoods, due to the fact that they are made of titanium, steel, or composite alloys. Higher-number lady golf club woods are generally called as fairway woods. They have a higher loft for high ball arcs, shallower face heights, and big flattened soles for easily gliding through the grass or rough. Most women have a driver, and a 3 and 5-wood in their bag. The heads have different volumes:

These are meant for approach shots less than 200 yards away from the green and for difficult lies, in the rough for example. The most common iron set includes all 3, 4, 5, 6, 7, 8, and 9-irons and a pitching wedge (see more on wedges below). The higher the number of an iron club, the shorter the shaft and the higher the loft. The 1 to 4 irons are long irons used for low and far distance shots. The 5 to 7 irons are called mid irons. And the 8-iron and up are short irons for short distance shots high in the air. There are two types of golf clubs irons heads: Cast, Cavity Back or Perimeter-Weighted irons have a large sweet spot. An forged Steel heads are more difficult because of a smaller sweet spot.

High-loft irons for striking balls high in the air at a short distance in various lies: like approach shots, chipping, pitching, recovery and bunker shots. There are four types of golf clubs wedges:

Used for pushing and rolling the golf ball from close distance along on the green or apron towards the cup. Every lady golfer must have this type of golf club.

Hybrid ladies golf clubs are a cross, with a clubhead that combines the features, characteristics and benefits of an iron and a wood. Many women replace their 2, 3, and 4-irons with these types of golf clubs.

Parts of the Club

The grip of the golf club is important because it connects the club to the golfer's hands. According to the rules of golf, recognized by both ruling bodies, the grip has to be round, without obvious bumps, lumps or hollows.

The shaft of the golf club connects the grip to the head and, like the grip, must be basically round in cross section. Most modern golf club shafts are made of either steel or a carbon-fiber and resin composite. Carbon fiber has the advantage of being lighter than steel, but clubs with carbon-fiber shafts also tend to be more expensive.

The head of the golf club is where all the energy of the swing is transferred to the golf ball. There is more variation in the appearance of golf club heads than there is in either shafts or grips, but all the variations fall into one of three broad categories: the heads of woods, irons and putters. 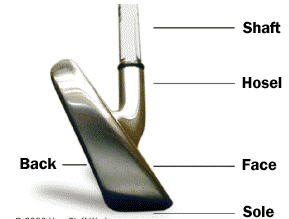 The head of the golf club has several parts: the Hosel, where the head connects to the shaft; the Face, which actually strikes the ball; the Sole, which is the part closest to the ground; and the Back, which is on the side opposite the face. 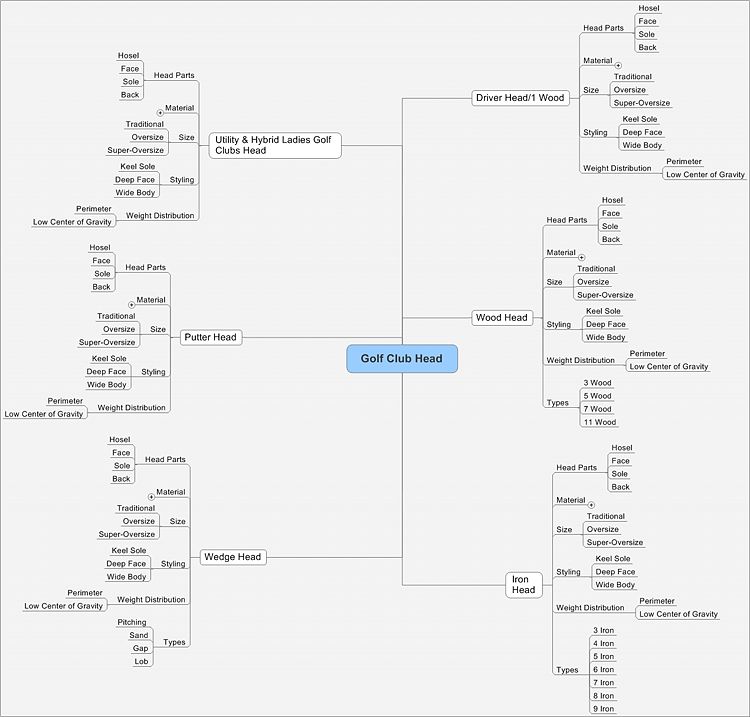 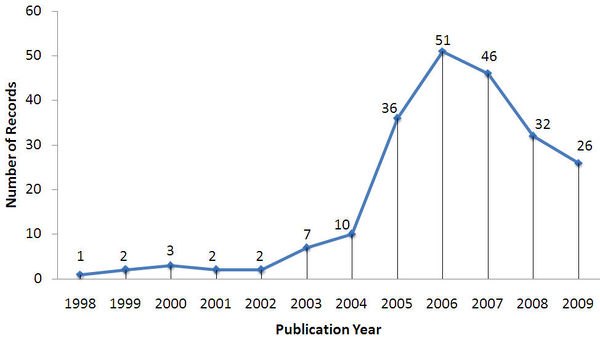 IP Filing Based on Publication Year 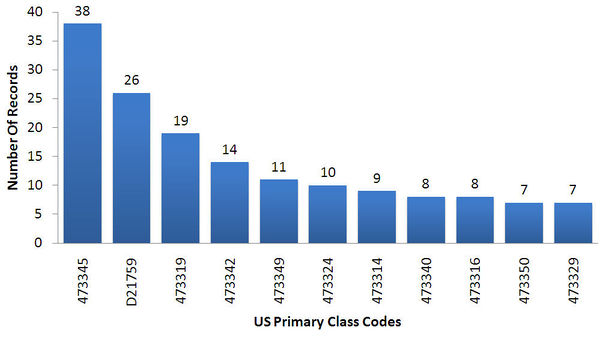 Technology Trend Based on US Primary Class Codes