To understand different strategies used for enhancing the bioavailability of skin whitening agents in topical applications by various companies.

Skin whitening/lightening/brightening is an important skin care need, especially in the asian population. Whitening skin care is a process in which the darker skin is prepared to look lighter. Human skin color determined from the outermost layer of the skin, the epidermis where the pigment-producing cells melanocytes are localized to produce melanin. The amount of melanin synthesized by the melanocyte, and its distribution pattern in the surrounding keratinocytes, determines the actual color of the skin. Melanin forms through a series of oxidative reactions involving the amino acid tyrosine in the presence of the enzyme tyrosinase.Parvez et al,2006

Elimination of melanin can be done in three ways:

Hydroquinone and hydroxyanisole, in the past, were the standard ingredient for skin lightening treatments. However with reports of potential mutagenicity, there has been an increasing impetus to find alternative herbal and pharmaceutical depigmenting agents.

Great advances have been made to understand pigment biology and the processes underlying skin pigmentation in the last decade. Many researchers have begun to produce natural alternatives which mimic the skin lightening properties of hydroquinone and hydroxyanisole. Ingredients such as kojic acid and licorice have become quite popular along with more advanced ingredients like Alpha-Arbutin. When combined, these ingredients can often produce better results that even surpass hydroquinone but without the associated risks. Below is the list of commonly used ingredients that are widely used for skin whitening. 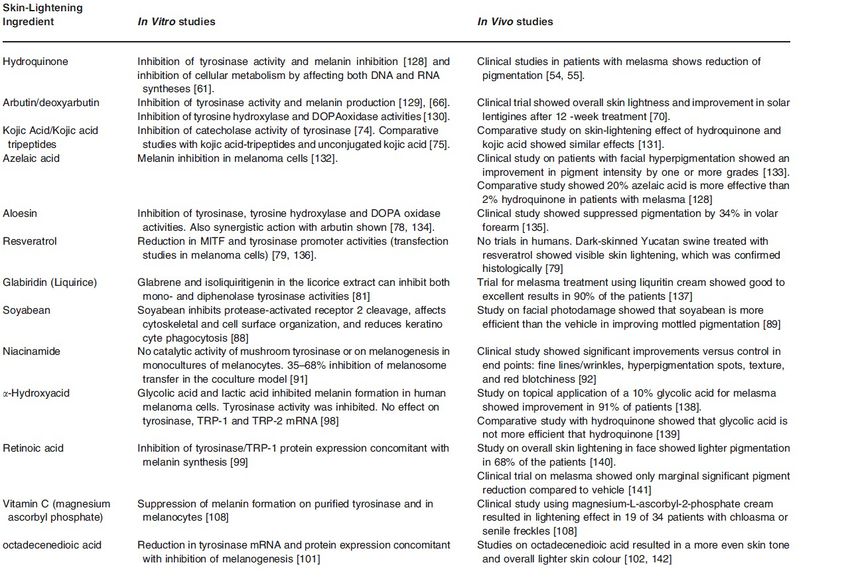 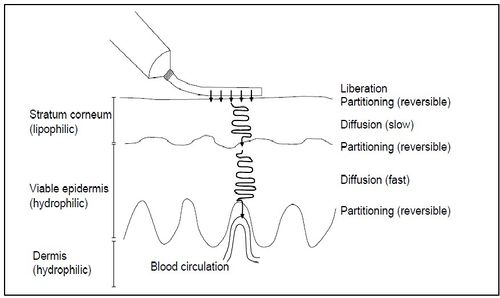 Many skin-lightening actives have problems with lesser bioavailability or instability during storage, it also have low affinity to the skin and have little percutaneous absorption. Therefore, several attempts have successfully been made to synthesize conjugates to improve their bioavailabilities. Novel technology has shown great potential for improving the effectiveness and efficiency of delivery of ingredients, e.g. 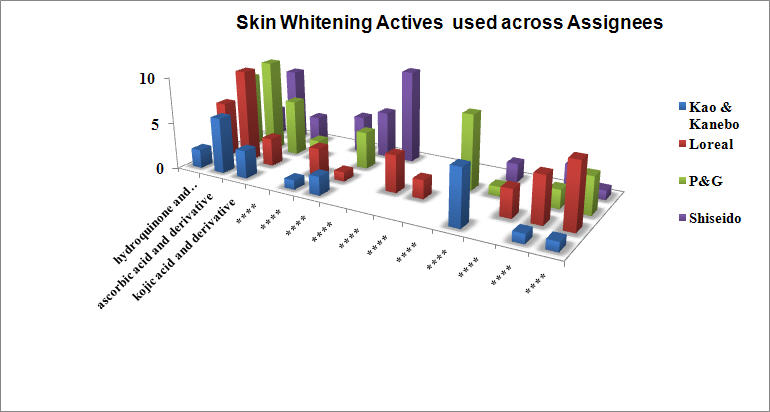 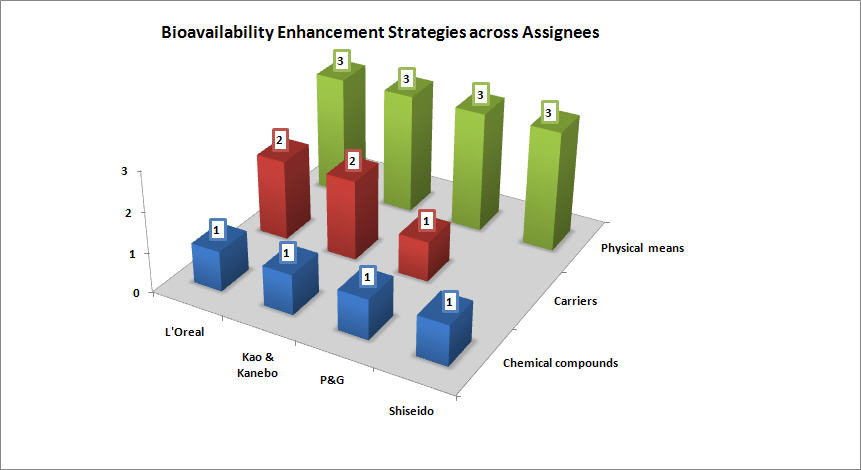 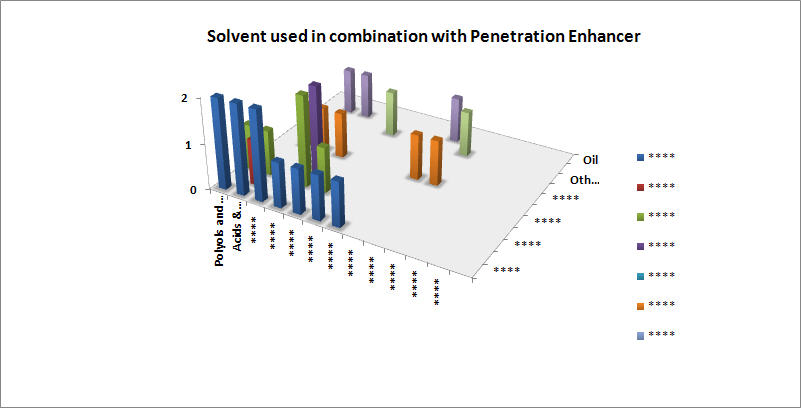 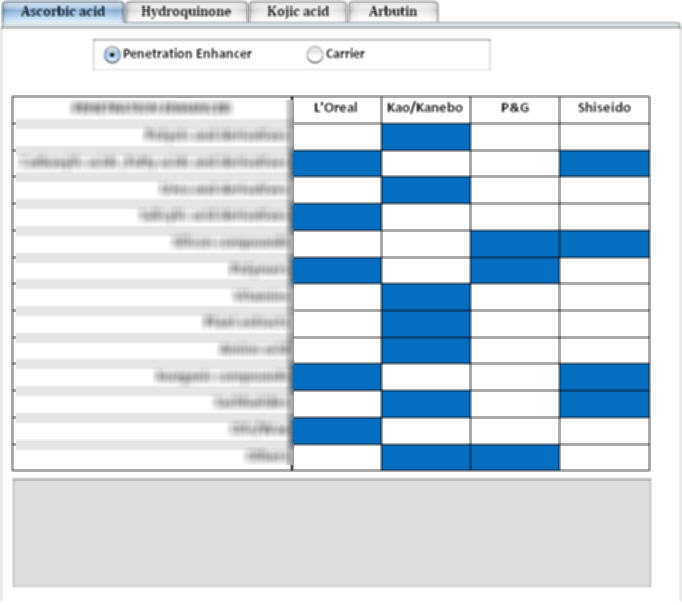 A preview of the dashboard is shown below.