Global demand for natural gas is increasing day by day as due to rapidly growing gas market of developing countries. As more nations are switching to environmentally cleaner fuels to maintain the economic growth and reducing the impact of increasing high oil price. Natural gas is emerged as an excellent environmentally clean fuel as it emits 43% fewer carbon emissions the coal and 30% fewer emissions than oil for each energy delivered. In order to fulfill the increasing demand of energy requirement and reducing greenhouse gas emission. “The quickest and cheapest way to cut CO2 emissions from the global power sector is to grow the presence of natural gas,” said Shell’s exploration Chief Malcolm Brinded in a speech late last year. Shell-Malcolm Brinded 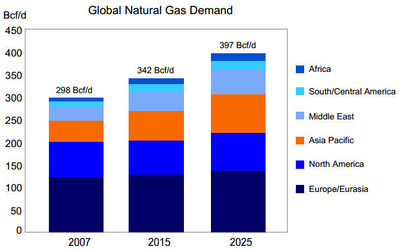 According to the U.S. Energy Information Agency (EIA) latest report the global demand for natural gas is expected to grow significantly as more nations are switching to environmentally cleaner fuels such as Natural Gas. Majority of the rapidly growing gas markets are in emerging economies in Asia, particularly India and China, the Middle East and South America. EIA also shows worldwide natural gas demand grew by 57 Bcf/d from 2000 to 2007, nearly 25%. The EIA also projects global natural gas demand to grow over 40 Bcf/d by the year 2015, and projects a further growth in demand of over 50 Bcf/d by 2025.

Bentley R. W., 2002 of The Oil Depletion Analysis Centre London studied on Global oil & gas depletion: An overview. It shows that the world’s production of conventional hydrocarbons will soon decline. Global conventional oil supply is currently at political and physical risk. This is because the sum of conventional oil production from all countries in the world, except the five main Middle-East suppliers, is near the maximum set by physical resource limits. A large investment in Middle-East oil production is needed to overcome this physical risk, and to fulfill the increasing demand of hydrocarbon across the globe. Figure 2 Shows the global conventional oil distribution of the world’s, conventional oil that has been consumed (dark shading), and the currently discovered reserves (light colour). The figure uses industry (proved and probable) data for reserves (not public domain ’proved’ reserves), and excludes oil yet to- find. The major concluding points from this figure shows the world is about halfway through its effective recoverable resource base and North America has burnt about three-quarters of its recoverable conventional oil resource.

For conventional gas, since less gas has been used so far compared to oil, the world will increases its dependability to gas as oil declines. Figure 3 Shows the global conventional gas distribution of the world’s, conventional gas that has been consumed (dark shading), and the currently discovered reserves (light colour). The figure uses industry (proved and probable) data for reserves (not public domain ’proved’ reserves), and excludes oil yet to- find. The major concluding points are Europe has a little way to go before its gas peak, and the world as a whole is about halfway to its gas peak. When the ’clocks’ on this figure tick round to perhaps 8 or 9 o’clock, gas decline sets in with the decline likely to be fairly steep. 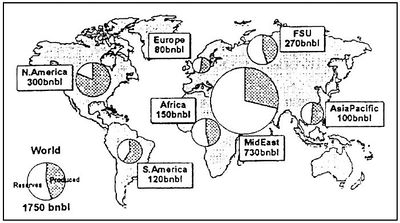 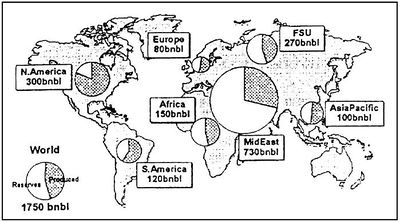 Present scenario shows that with the physical resource limits and depletion of oil there is exponential increase the demand of gas. The global peak in all hydrocarbons (oil plus gas) is likely to be in about 10 or so years. Thus there is do or die situation for development of unconventional reservoir across the globe for avoiding the situation of energy crisis in the world. http://greatchange.org/ov-bentley,global_depletion.pdf Global Depletion-Bentley 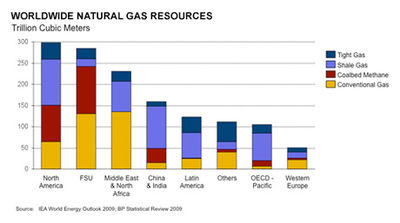 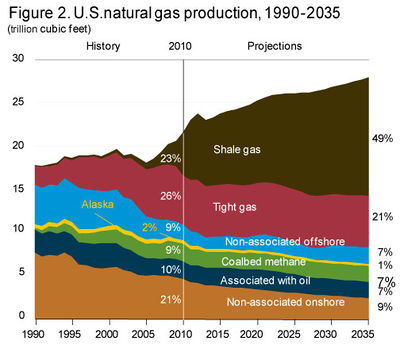 U.S. Energy Information Administration’s preview of its 2012 Annual Energy Outlook is the forecast for natural gas. EIA says that gas from shale and tight gas will account for 70 percent of the United States’ overall natural gas supply in 2035. It is clearly visible from the Figure 5 that there’s been a surge in shale gas production since roughly 2005. The major reason for this surge in shale gas production is due to surge in new hydraulic fracturing and horizontal drilling techniques, which helps in unlocking vast shale gas formations in states including Pennsylvania, North Dakota and Texas. And similar development is dawning in Ohio and other states too of North America.EIA-Shale report

Conventional reservoirs are those that can be produced at economic flow rates and that will produce economic volumes of oil and gas without large stimulation treatments or any special recovery process. Conventional reservoir is essentially a high to medium permeability reservoir in which one can drill a vertical well, perforate the pay interval, and then produce the well at commercial flow rates and recover economic volumes of oil and gas. 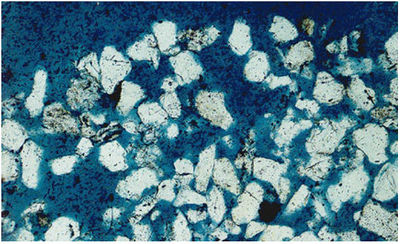 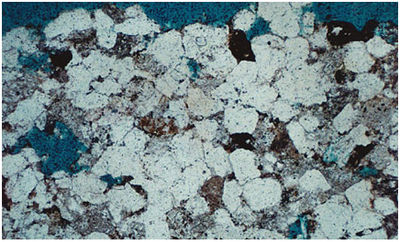 Map of unconventional reserves (Shale,Tight,Coalbed methane) in the world 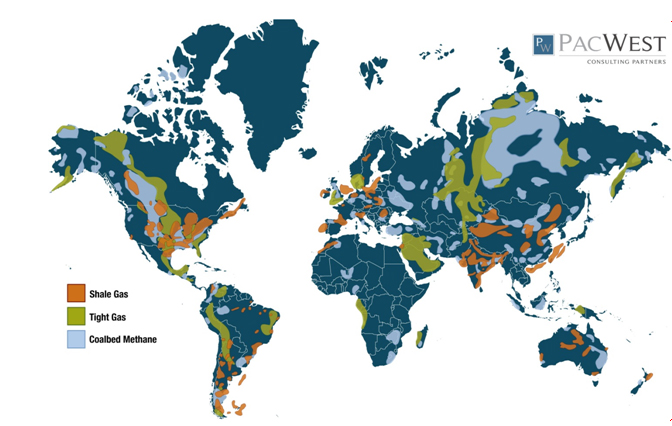 Distribution of Tight Gas across the world

The steps involved in tight gas recovery are:

Keywords: The keywords used for different concepts are 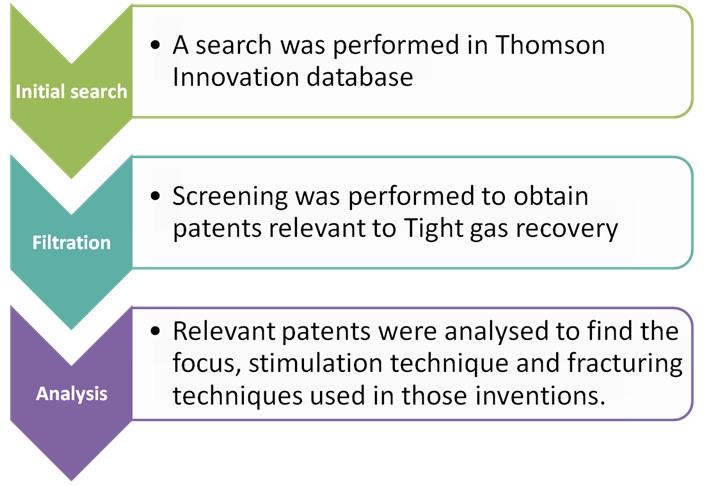