This report presents a brief introduction to OLED (organic light emitting diode) and technologies available for top emission OLED. A detailed taxonomy for OLED is presented covering parts of the type of OLED, material used, manufacturing, applications among others. A detailed landscape analysis of patent and non-patent literature is done with a focus on Top Emission OLED (TEOLED). The product information of major players in the market is also captured for OLED. The final section of the report covers the existing and future market predictions for OLED. 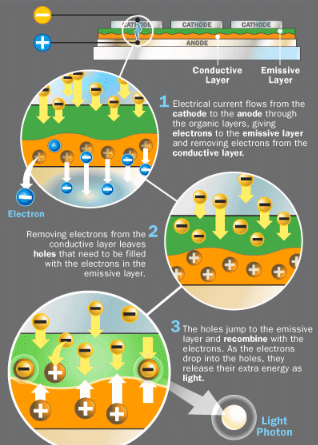 Click on OLED Background to read more about OLED.

Traditional light bulbs were invented more than 130 years ago. Since then the basic principle of creating light remains the same, although the design has been tweaked.An electric current passing through a tungsten wire causes it to heat up and glow white hot.Today, more than 20% of electricity used in US buildings is eaten up by lights and nearly half that amount is used by traditional, incandescent light bulbs. It has been a long-term goal of scientists to come up with something that would reduce this mammoth energy demand.

The OLEDs do not heat up like today's light bulbs and so are far more energy efficient and last longer.They also produce a light that is more akin to natural daylight than traditional bulbs. The new polymer uses a fluorescent blue material instead which lasts much longer and uses less energy.

The present study on the IP activity in the area of OLED with focus on Top Emission OLED (TEOLED) is based on a search conducted on Micropat.

A sample of 200 patents from the search is analyzed based on the taxonomy. Provided a link below for sample spread sheet analysis for Top Emission OLED

A sample of 200 patents from the search is analyzed based on the taxonomy. Provided a link below for sample spread sheet analysis for Top Emission OLED. 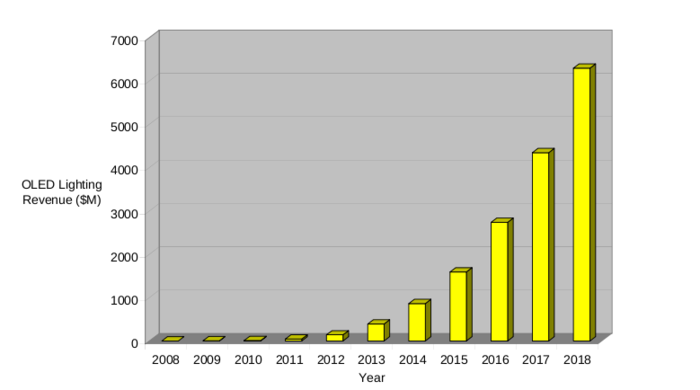 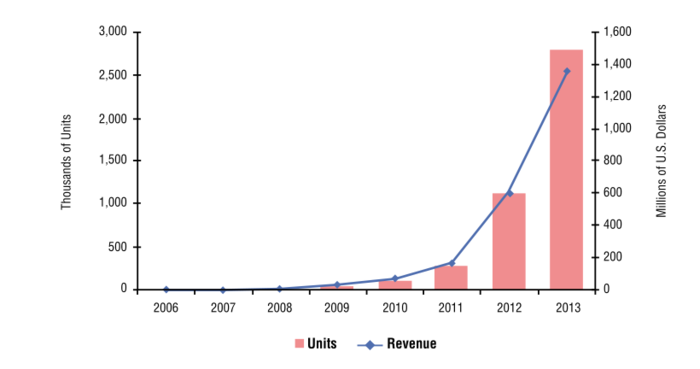 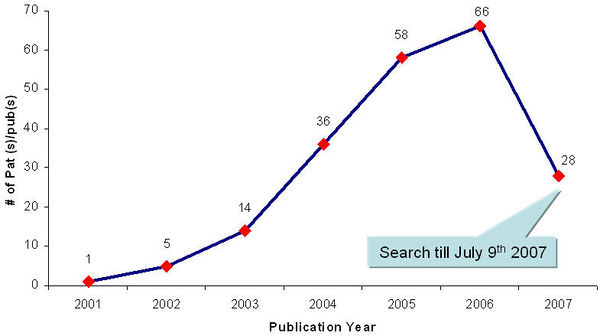 Filing trends over the publication years

Filing trends over the priority years

Geographical Distribution based on Family members of OLED 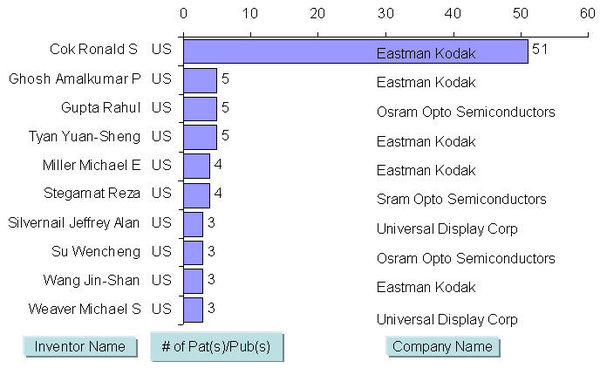 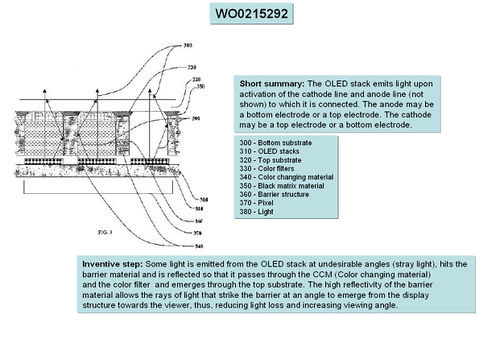 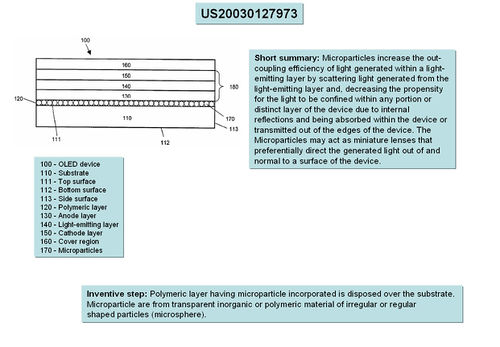 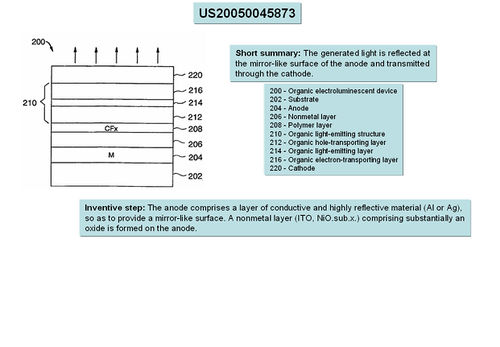 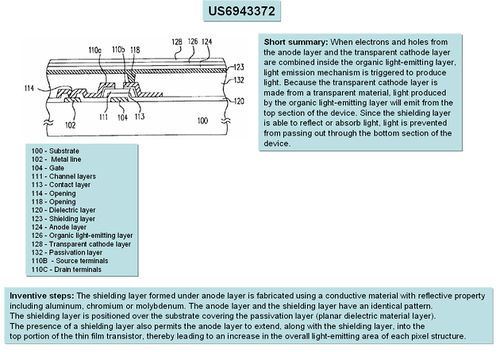 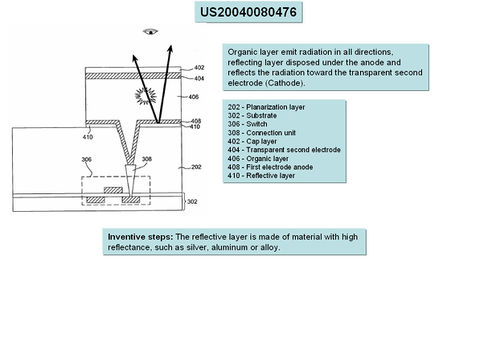