Boston Scientific (founded in 1979) is a worldwide developer, manufacturer and marketer of medical devices with approximately 25,000 employees and revenue of $7.8 billion in 2010. For more than 30 years, Boston Scientific has advanced the practice of less-invasive medicine by providing a broad and deep portfolio of innovative products, technologies and services across a wide range of medical specialties. The company’s products help physicians and other medical professionals improve their patients’ quality of life by providing alternatives to surgery.

Boston Scientific derives maximum contribution from Cardiovascular, which recorded a 5% year-over-year decline in sales to $811 million. While sales from Interventional Cardiology declined 8% to $635 million, Peripheral Interventions increased 7% to $176 million. Global sales of coronary stent system (within Interventional Cardiology) at $409 million declined 7.9% driven by lower sales of both drug-eluting stents (DES, 6.9% to $379 million) and bare-metal stents (18.9% to $30 million). It is encouraging to note that the company maintained its leadership position in the global DES market with 36% share and 46% in the US market.

The next biggest contributor to Boston Scientific’s top line, Cardiac Rhythm Management, recorded a 4% increase in sales to $559 million. A 6.9% rise in defibrillators sales to $417 million coupled with a 4% decline in sales of pacemakers to $142 million contributed to the overall increase.

Hence, the overall revenue of Boston Scientific declined by 4.7%. (Seekingalpha.com) 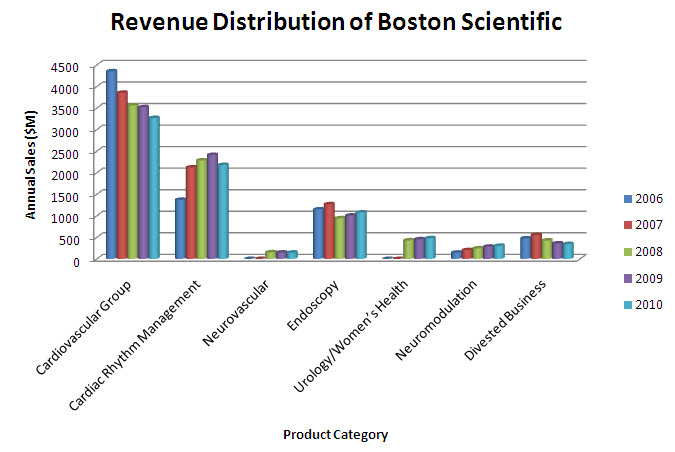 The graph clearly shows the declining cardiovascular market, which constitutes the major part of Boston Scientific’s revenue. It gives a strong signal to the company to diversify its business into other business units and not be very dependent on one market. 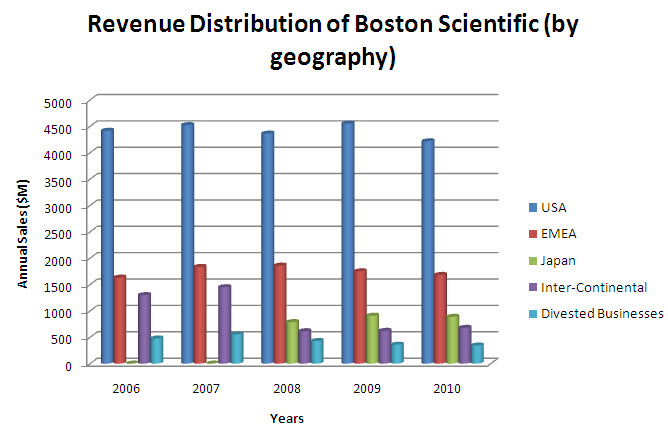 The graph clearly shows that U.S. contributes to more than 50% of the company’s revenues. It shows an opportunity for the company to expand in other markets. They have started selling their products in Japan, which has already started contributing majorly to the revenues.

The Corporate headquarters of Boston Scientific is in Natick, Massachusetts. The company is present in the following locations in Europe/Middle East/Africa, America and Asia Pacific/Japan. 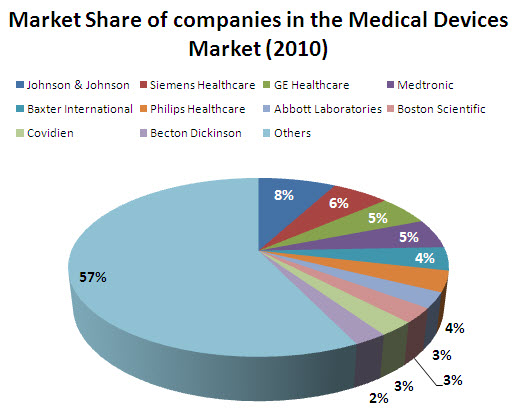 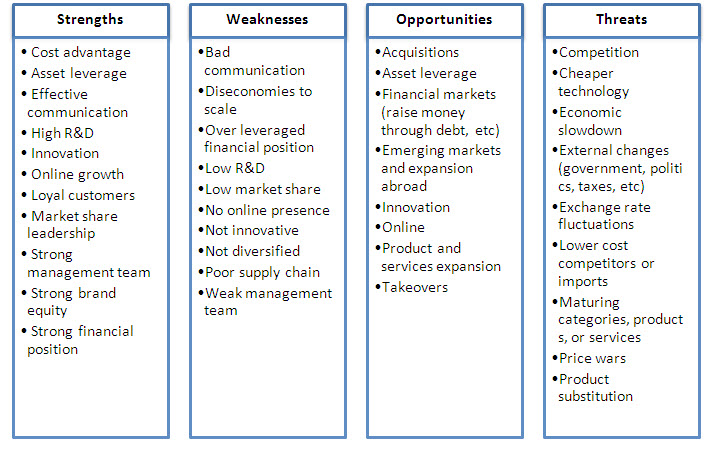 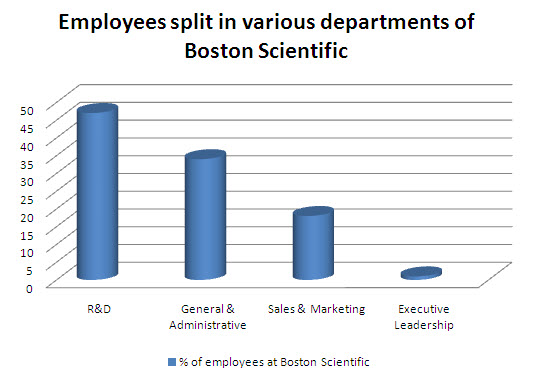 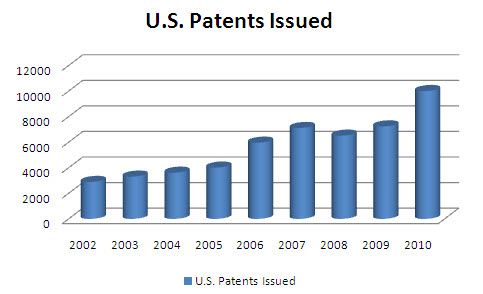 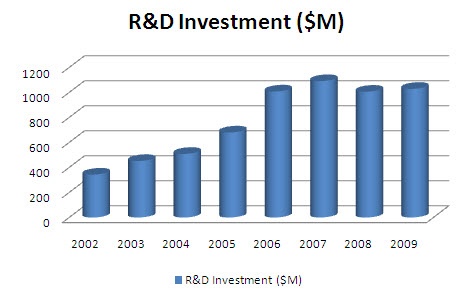